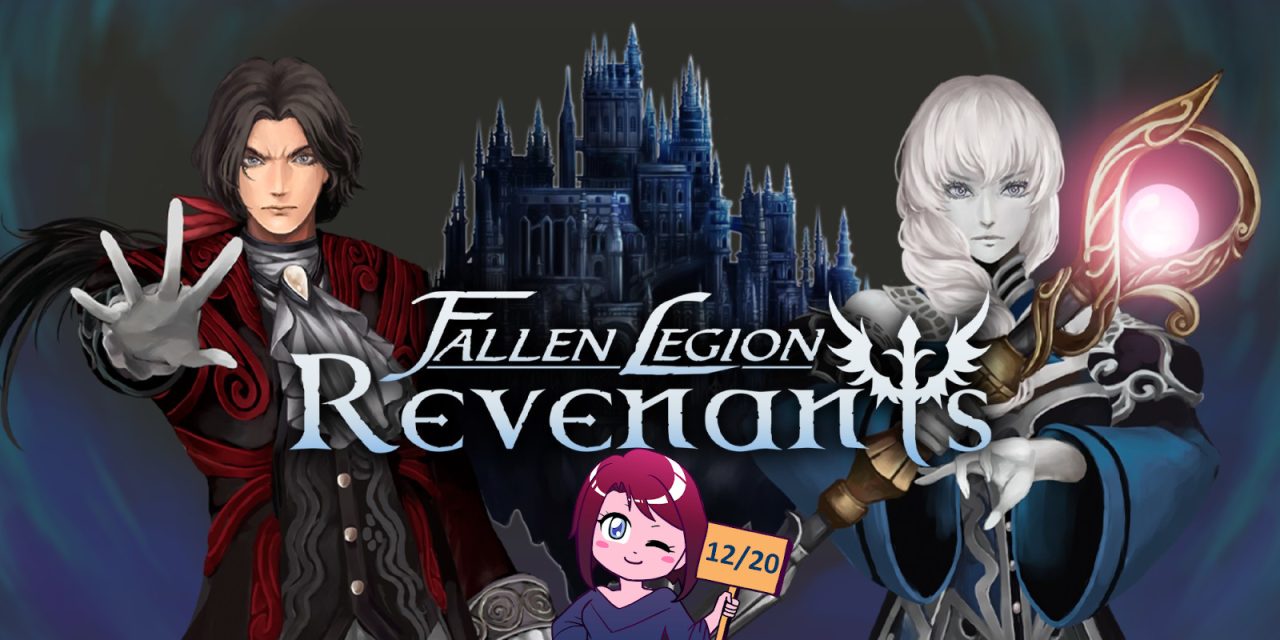 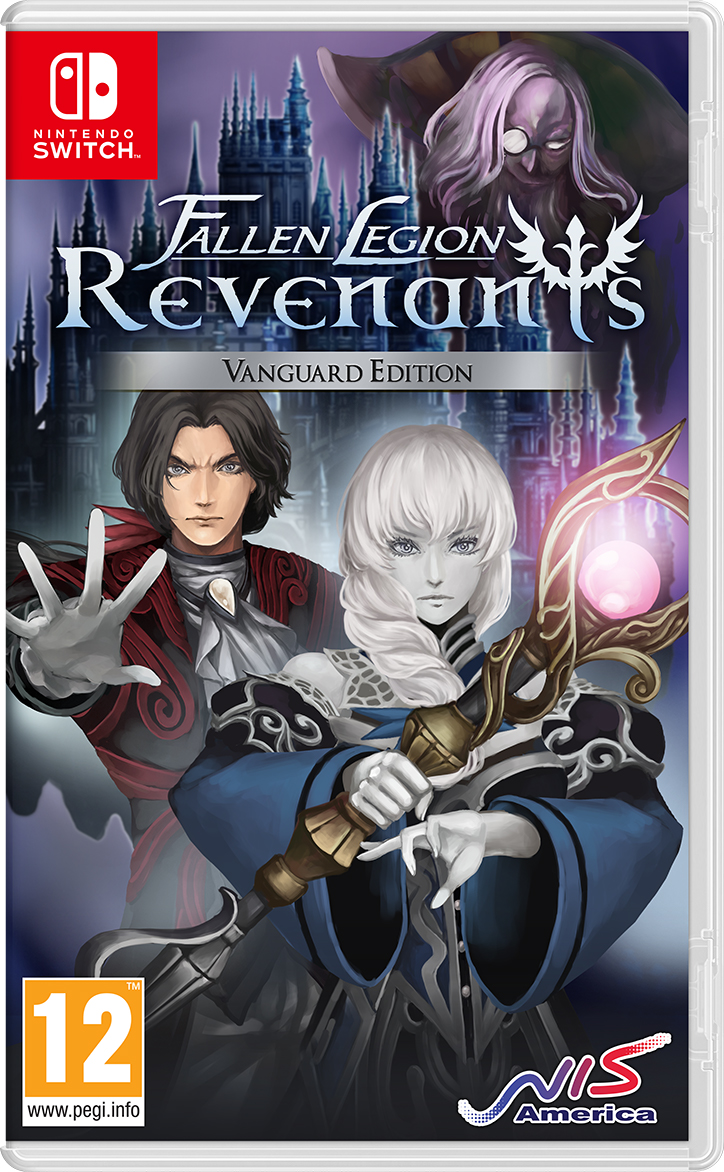 The game proposes to act on the two fronts at the same time: the battlefield with Rowena and the political conflict with Lucien. The game begins directly with the tutorial that takes you to the battlefield beside Rowena and two fighters (the exemplars). A little abrupt for an introduction as the dialogues of this introductive phase scroll automatically leaving only a little time to the player to understand the story. Having a few convergence problems (it’s a little annoying thing that disturbs my reading in general), I had a few troubles to follow everything at the beginning… I found this moment discouraging, but thankfully we’re able to find a little synopsis on the game’s index card that compensated for this little empty passage during the introduction. So, I offer you a small recap of the situation our characters are currently in. 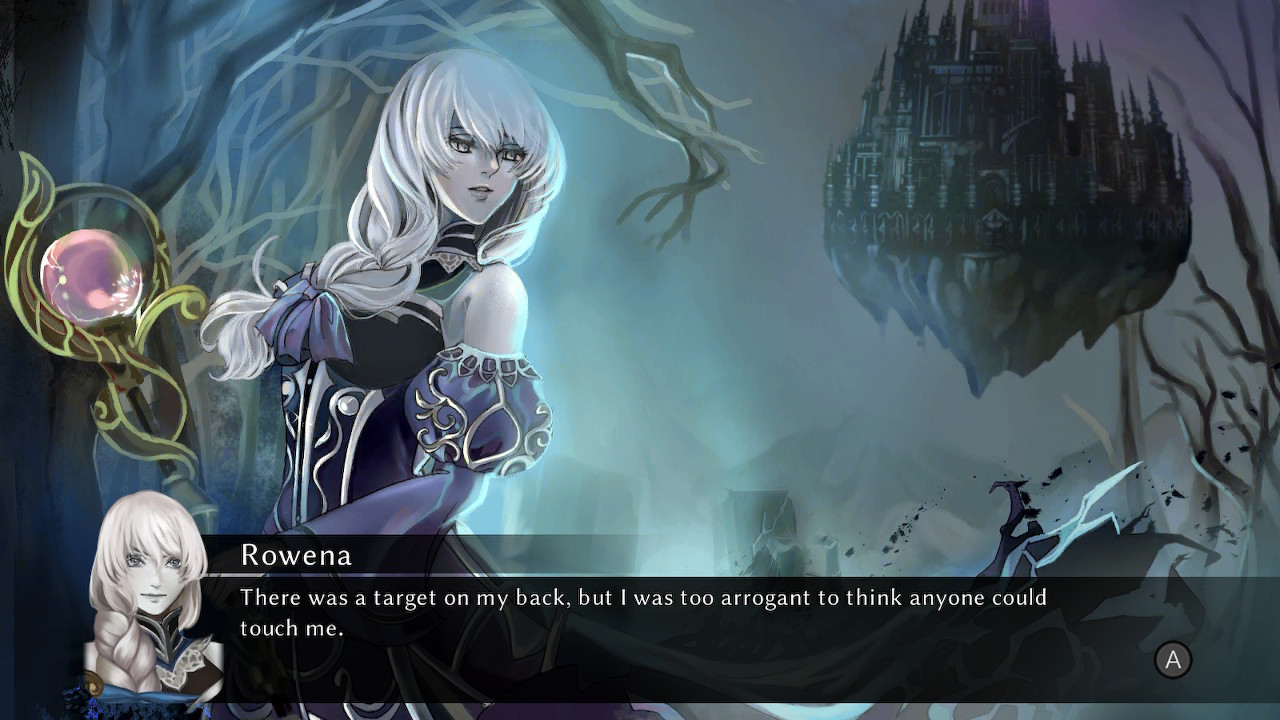 A sort of magical plague devastated the world covering it in miasmas and transforming the inhabitants in monsters.  The surviving humans took shelter on an island that levitates above the world and on which Welkin’s castle is built. This castle is the last shelter of humanity however; it is far from being paradise. Indeed, it is led by Ivor, a tyrant governor. He has a vampire like appearance that leaves little to the imagination concerning his evil nature! Honestly, the way he talks and his character scare the crap out of me.

Lucien also lives in the castle. He is the opposite of Ivor: young and full of life, he wishes to destitute Ivor in order to take the castle back to the right path. But in order to do so, he needs allies inside as well as outside the castle. Many partisans of Lucien will give them a hand inside the castle, but you will have to persuade other people to join his cause. Concerning the supports outside the castle, it is Rowena, a woman’s ghost that associated itself to Lucien to free her son from the castle’s dungeons. The partnership between Lucien and Rowena is not based on the oldest feelings of the world, but it works perfectly. Rowena being a ghost she can walk in the castle as well as in the outside world. 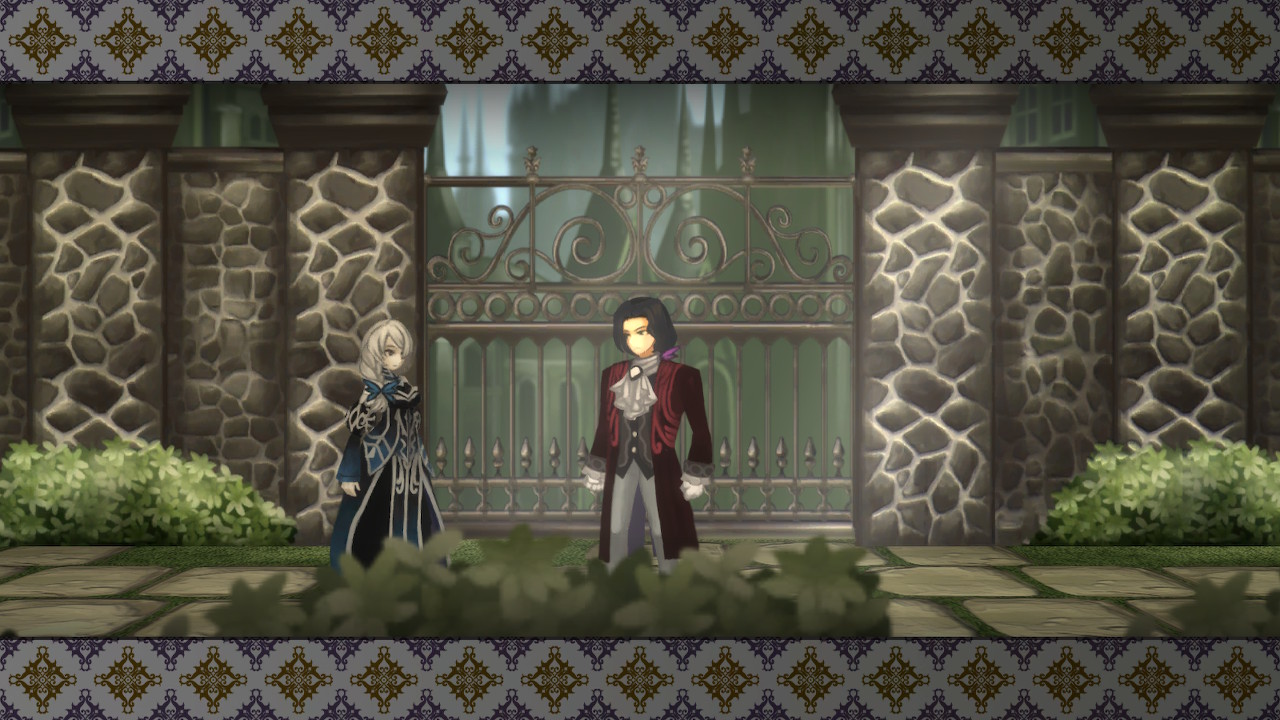 Lucien will take care of influencing the inhabitants of the castle to serve his cause thanks to objects and clues that he will have found inside the castle or that Rowena will have found. Rowena, in the meanwhile, will roam the outside world beside the “Exemplars”. The Exemplars are warriors summoned through weapons or objects that enclose their spirit. They take a human form in order to fight alongside Rowena. Our small fighters group, Rowena and three Exemplars, don’t fear the magical plague and are free to roam the world without any troubles.

An interesting fantasy scenario, a sombre ambiance and an intrigue influenced by the player’s choices are the motor of the game. Indeed, each choice you make in the story are likely to modify its progress. 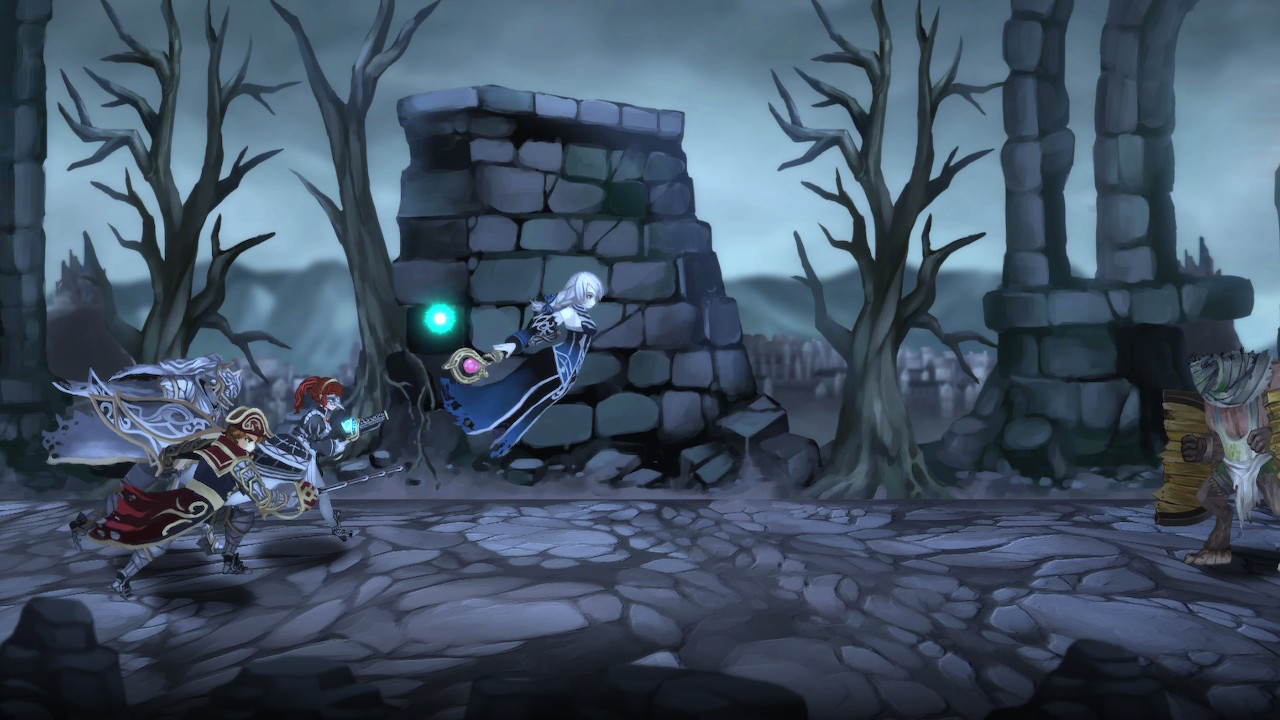 A combat system that might look simple, but that is not that easy!

I was quite surprised by the combat system that I found really simple and a bit pushy at first, but… the first boss and the combats against three or four different enemies at the same time quickly made me forget that first impression. I am going to try and explain it to you simply.

The combats take place on a 2D plan, your team is on the left and the enemies on the right. The characters can move on seven different squares: three outlined in white for each team and one central square not visually determined but well and truly there.

The A, B, X and Y buttons are the basic attacks of each of your characters. A simple press of the button and the corresponding character will go and attack the first monster facing them. Each of the normal attacks raises the mana gauge that will allow you to trigger a special attack by maintaining one of the triggers then the standard attack button of the character. 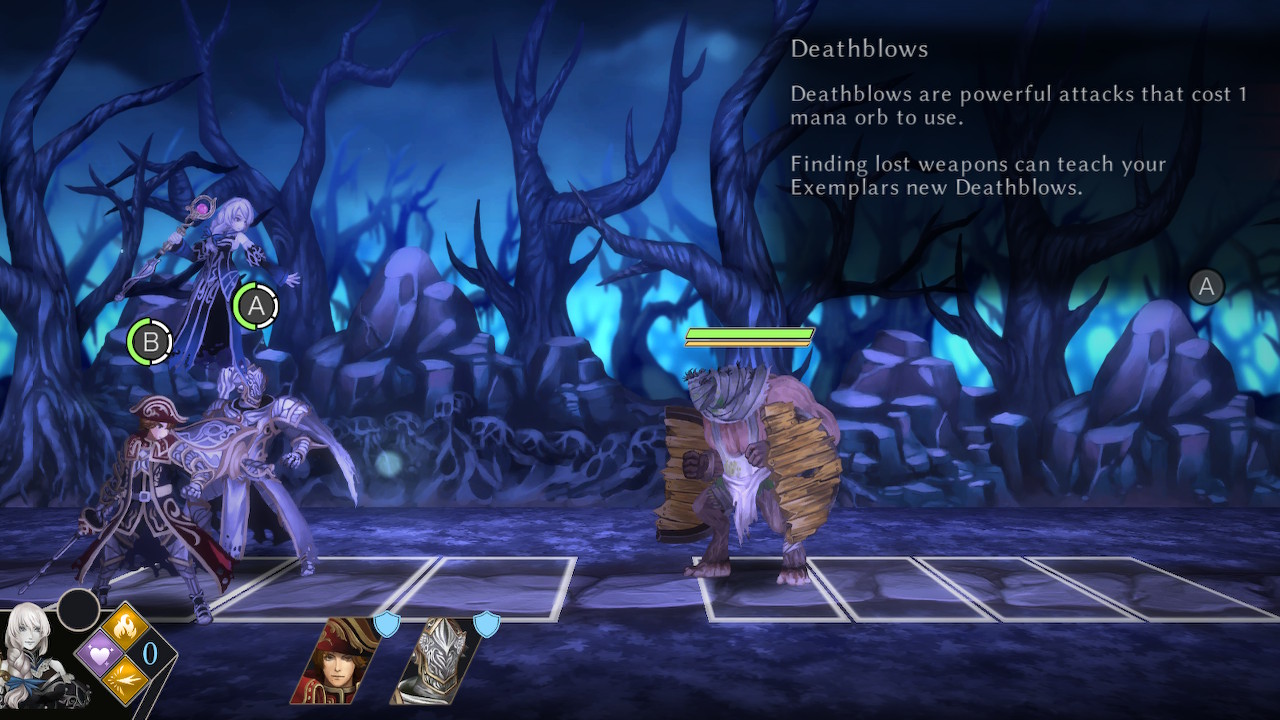 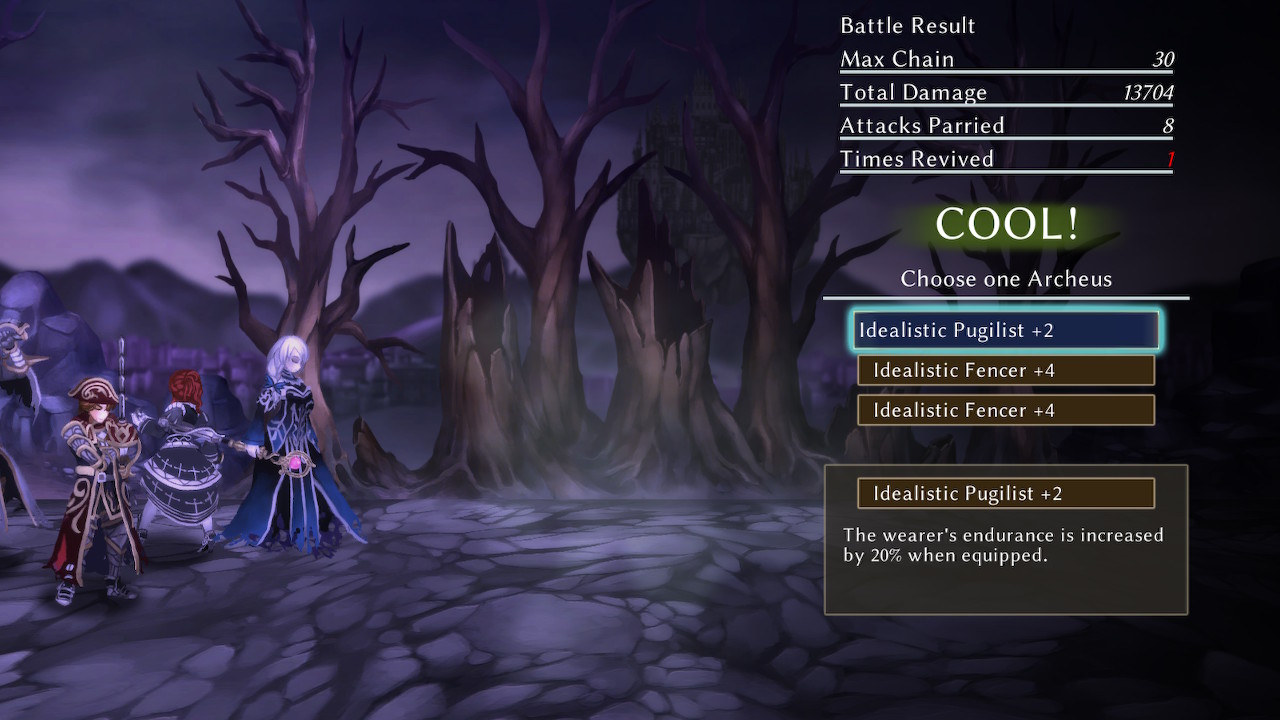 Your characters also have a reflecting shield to their disposition that is of a great importance in the combat strategy. Indeed, reflecting the attacks will stun the enemies or break their defence so that you can attack them afterwards. And sending back the attacks of the bosses is compulsory if you want to avoid a Game Over. Note that to be able to reflect an attack you have to activate your shield at the right moment otherwise you will get injured and will end up by having to revive one or more of your characters.

From then on, the strategical part begins to appear: sending back an attack to the enemy, accumulating mana points in order to trigger a special attack combo thanks to the points of the mana gauge… If you have the right timing the combats will be rhythmed, but quite easy and on the contrary if you don’t have good reflexes… you will struggle. Furthermore, your enemies will be able to trap some of the squares, with poison for example, that will force you to reduce your moves by preferring long ranged attacks. 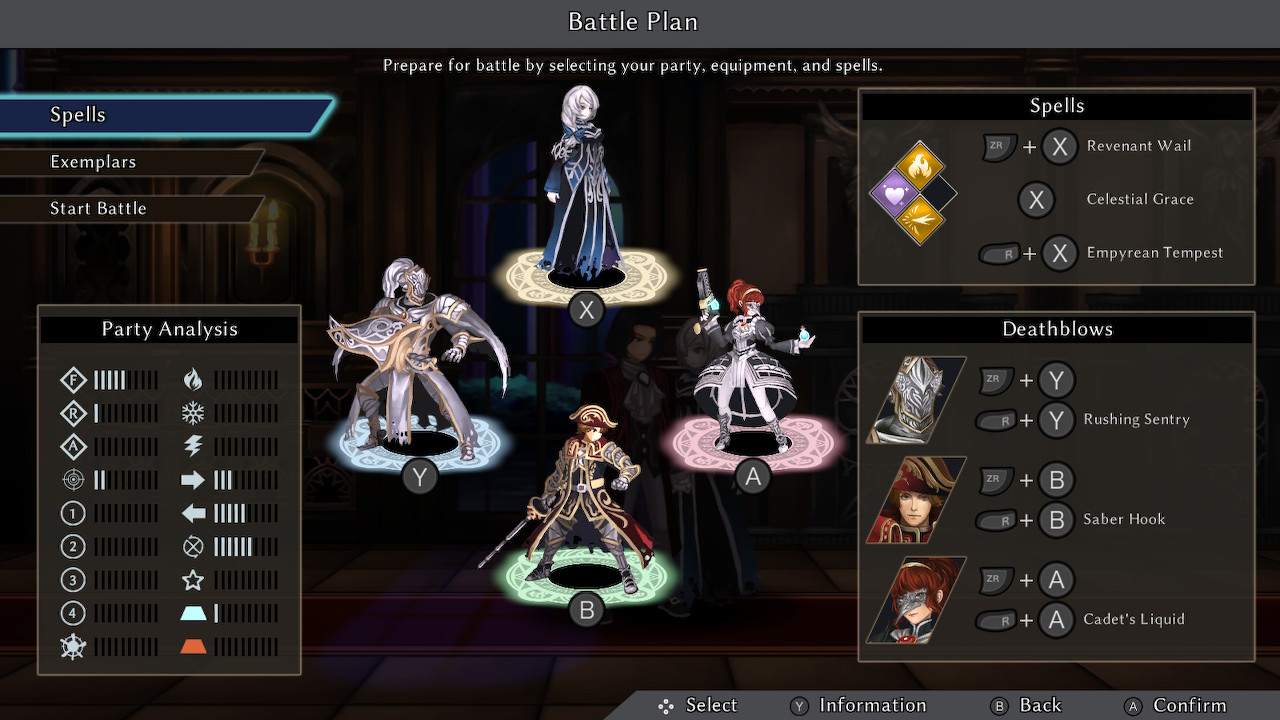 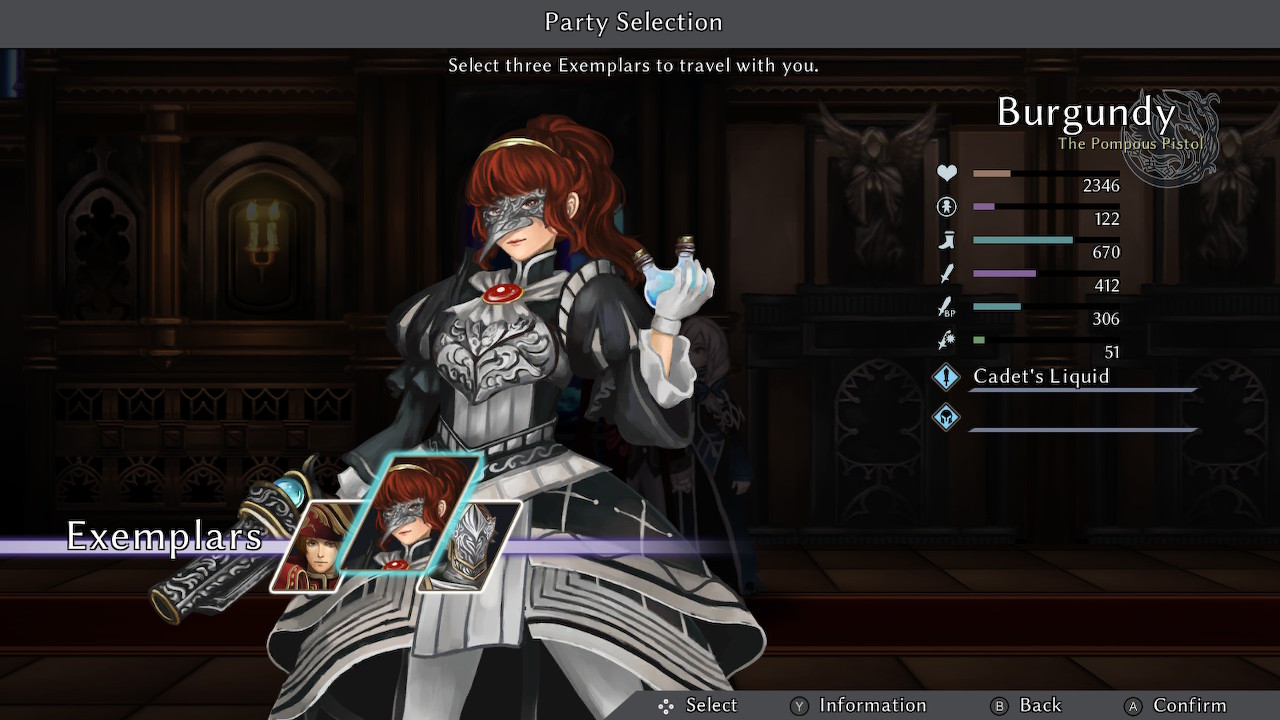 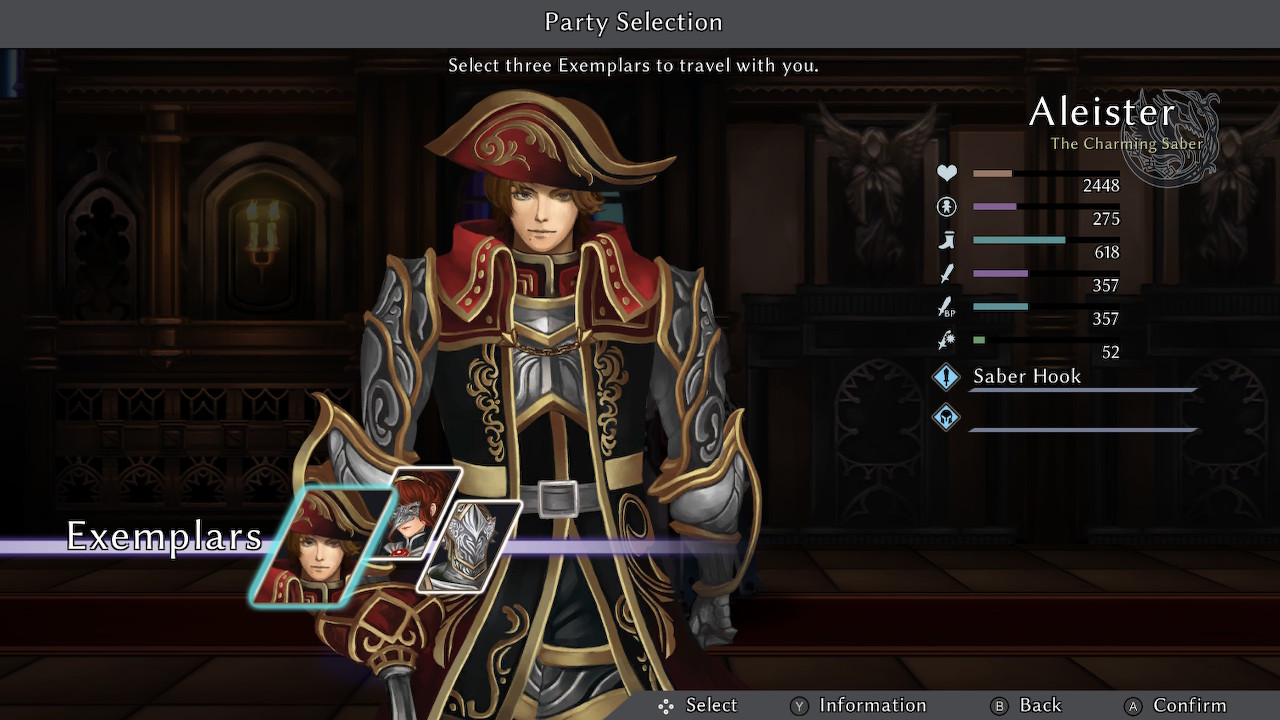 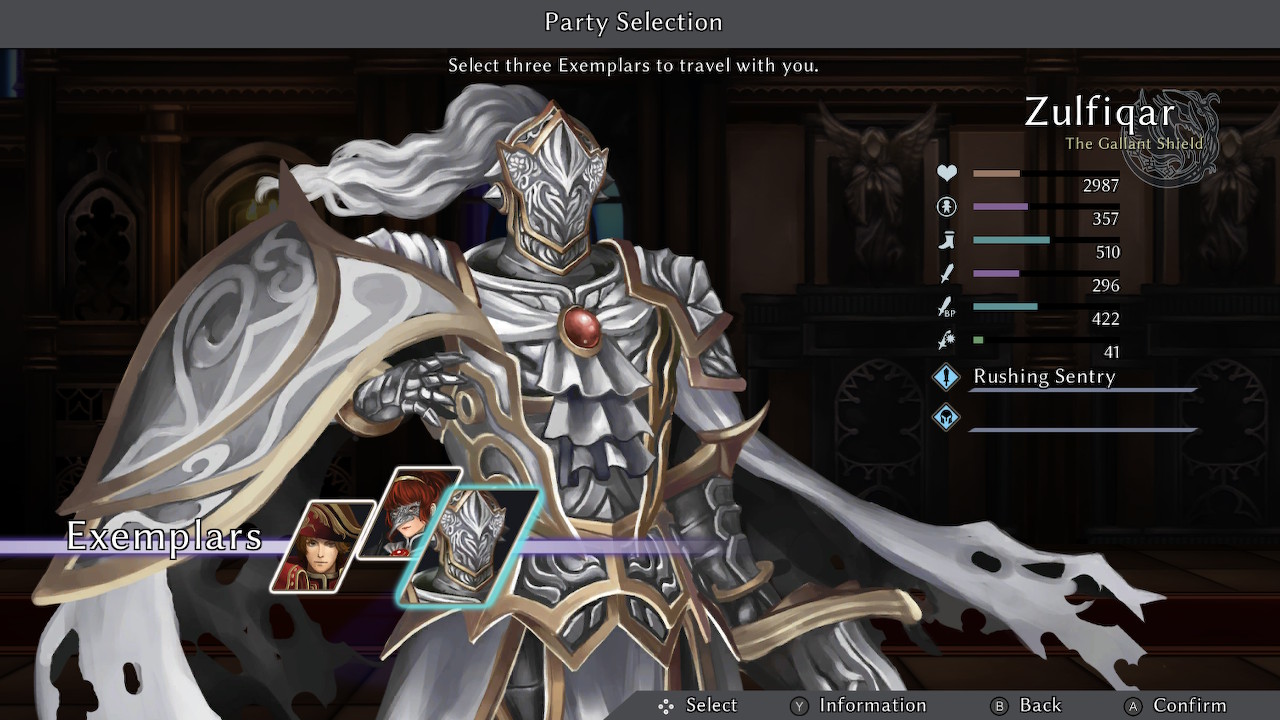 The basic characters have physical attacks be it hand-to-hand combat or ranged attacks. Rowena is the sorceress of the team and has healing and offensive spells available to her. By advancing in the story, your characters will win some experience by using their technique and will be able to learn more techniques. Before each of the battles, you can choose the fighters that will accompany Rowena as well as their capacities.

Each fight will be accompanied by a political part from Lucien that will intervene at the end or at the middle of the battle to help you by giving you some information. 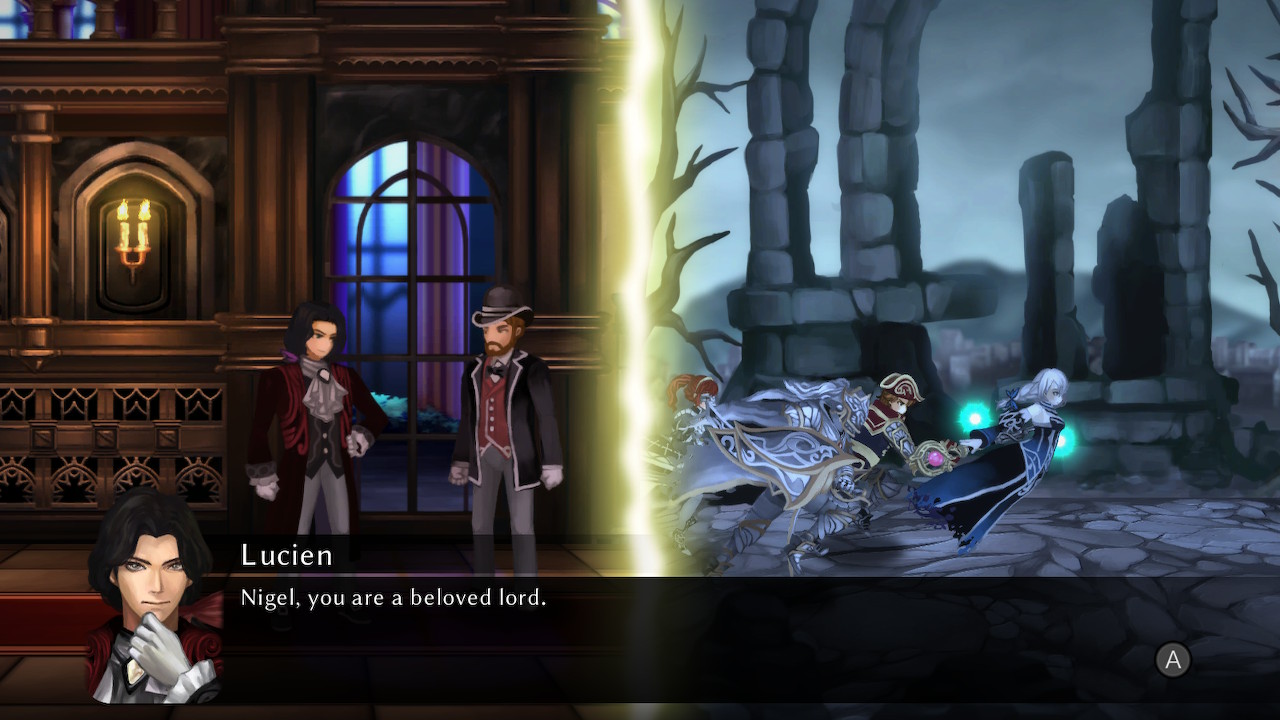 The political part and the choice of the scenario

The game disposes of different endings that will be influenced by your choices that concerns the political intrigue or your relations with Rowena.

For each political part of the game, you will have access to multiple rooms of the castle like: the great hall or the library that will allow you to collect some objects and clues alongside of the PNJs that will be in those different rooms. Once those clues found, you will have to speak to a character in particular and make one or more choices in the conversation that will influence the story. According to your choices, you will be able to shorten your in game time by making a wrong decision and it’s a Game Over. It’s a little bit frustrating, but it is part of the charm of the game. To avoid this kind of inconvenience, I invite you to really search in the castles’ rooms in order to have the elements in your favour in order to persuade or corrupt the PNJs that you will face.

I recommend you to really take your time before taking your decision, but you will be limited in time to make your choice. 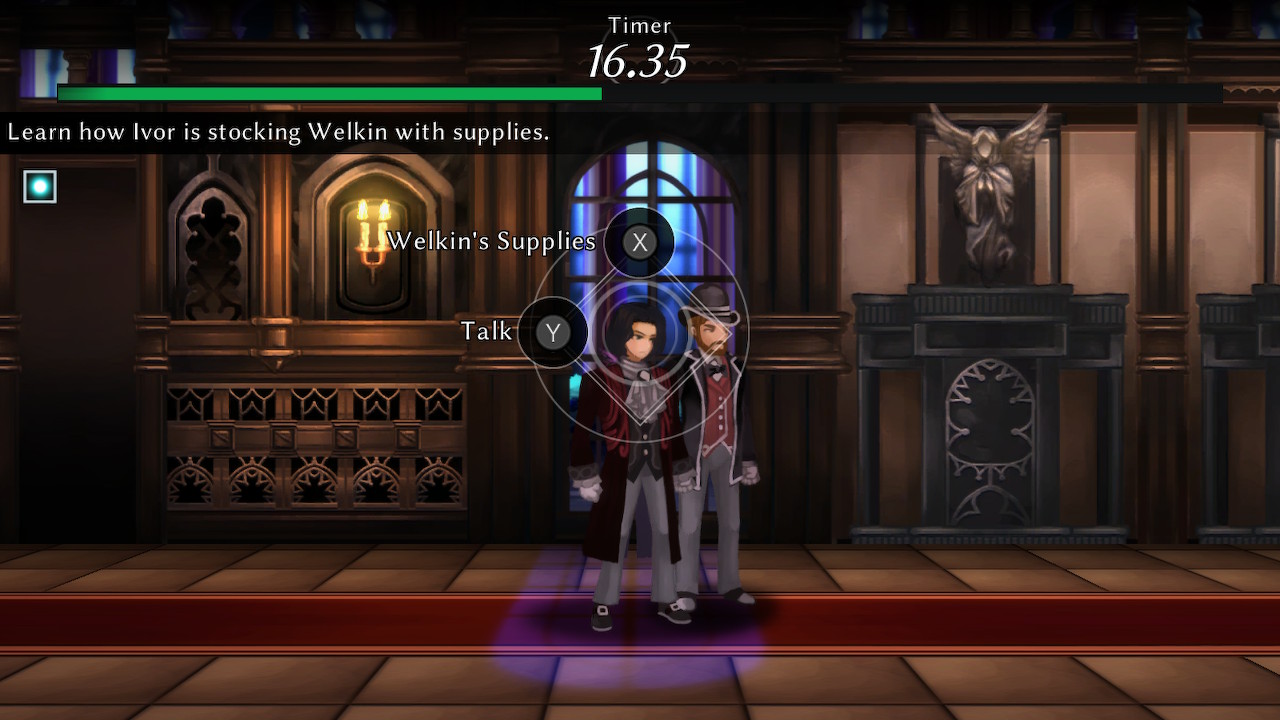 The game is very enjoyable. It has beautiful graphics especially the characters’ sprites and the bosses. The decors are also neat but quite repetitive. The entirety was hand drawn with care and transcripts the two ambiances well: the earth covered in miasmas and the cocoon that isn’t as paradise like as it could be.

Some important dialogues are doubled in English which is quite pleasing when one sees the speed at which the text scrolls (the speed can be adjusted in the settings, but only after the intro). It would have been appreciable for the doubling to be applied to each dialogue to give a little more life to the game.

The ambiance music is quite pleasant, but lets itself forgotten during the combats phases for music with more rhythm that match perfectly to the moment additionally to the fighting sound effects and other special effects. They might cause some slowing in the animation from time to time.

I found that the transition between the political and battle phases was a bit quick sometimes and that each phase was quite short. I would have rather have less interruptions in my gameplay even if it was necessary on a screenwriting point of view. 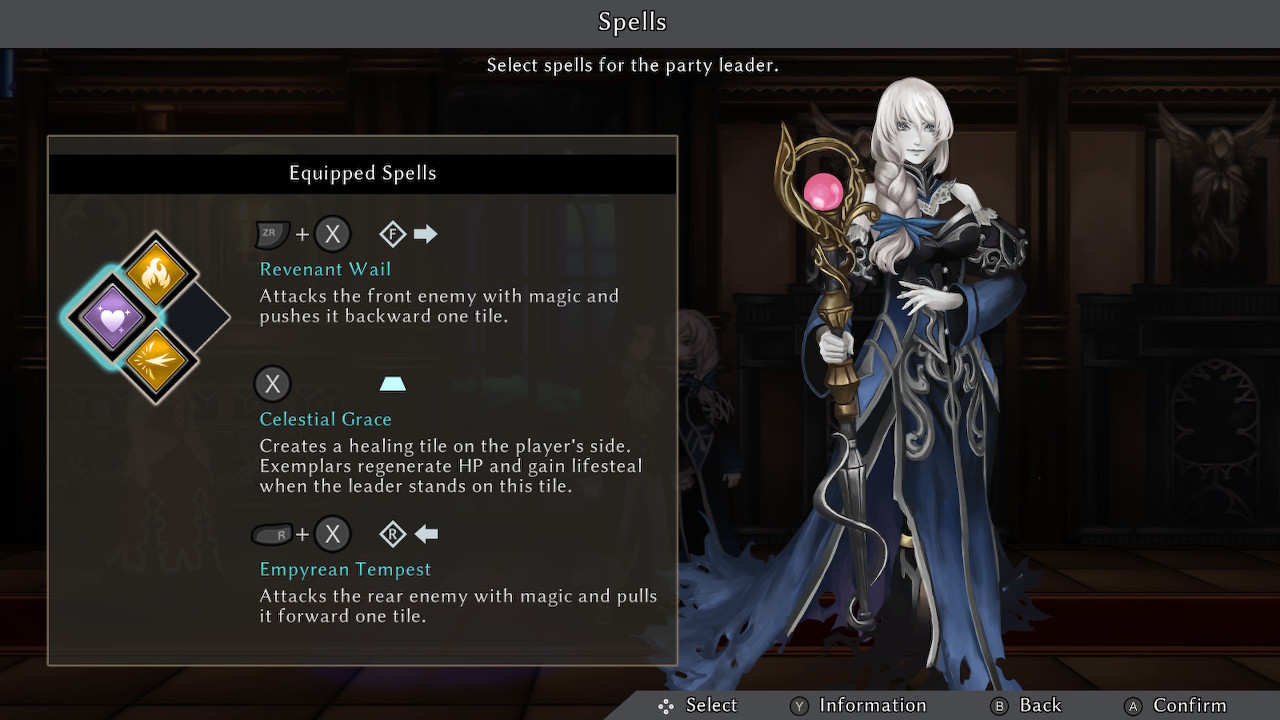 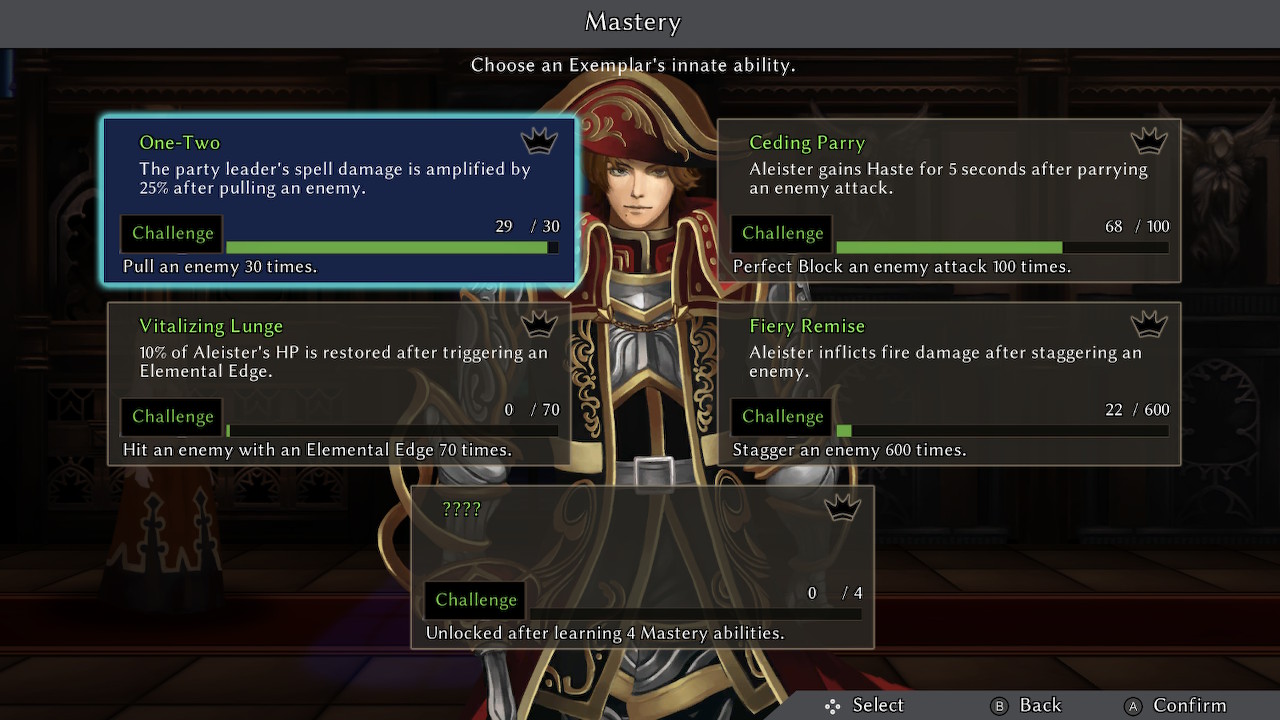 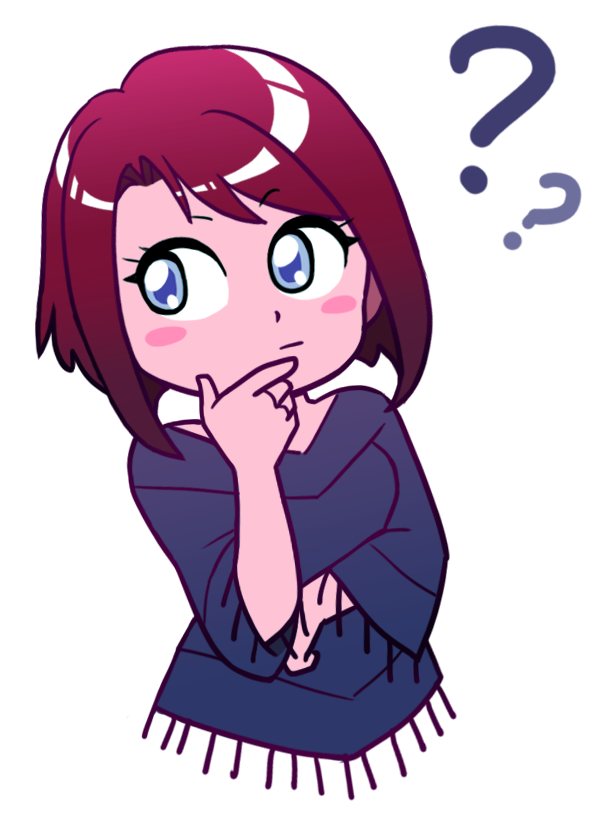 Fallen Legion Revenants is an interesting title on a screenwriting point of view and its universe as well as for its atypical gameplay. The combat system is quite simple but only based on good timing to send attacks of the enemies back which can become quickly frustrating and that is very very very repetitive.

I really liked the game’s universe, but wasn’t a huge fan of the gameplay (I don’t have very good reflexes). I found the game kind of repetitive and got quickly bored. However, the game has potential, but it’s not really my type of game. I would have liked to have an integral dubbing to have the tone of the political discussions. In short, it’s not a bad game, but it is missing some finishes and this game isn’t really my style of game. 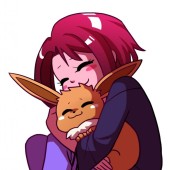 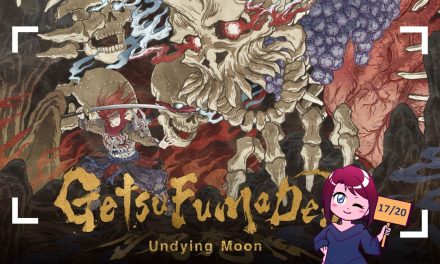 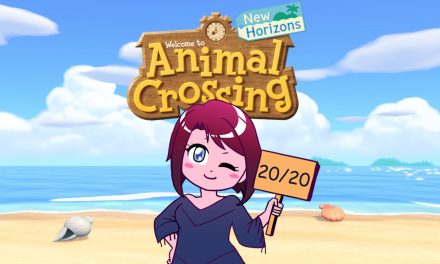 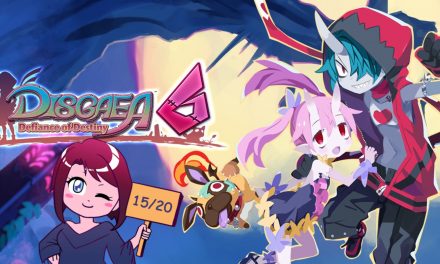 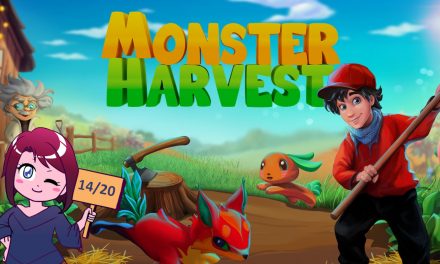